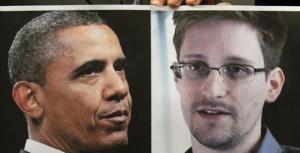 Edward Snowden, the whistle blower who leaked NSA documents revealing extensive eavesdropping programs, is now on the run and the nation is torn; Is he a hero or traitor? In my opinion he is neither.

It amazes me that so many Americans were outraged by what was revealed. I mean really, did they live under a rock. When Dale crushed his phone in the movie Pineapple Express, did they think the writers were just full of clever ideas? When the government puts together a list of potential terrorist threats, did they just blindly pick from a list of Muhammads and Ahmeds living in the US? When Orwell wrote 1984, did it come from a foolish dream?

If you can honestly say that you didn’t know that the government spies on its citizens, you my fellow citizen have been asleep.  Think of every drug lord raided by the DEA. How did they obtain their information? To the informed citizen, Edward Snowden should not be labeled a hero. In fact I find him immature, idealistic, and just as beautifully veiled as our President.  If you are able to step out of your shoes, to think not only of yourself and your immediate family, you can easily see that most people cannot handle the truth and that some knowledge is best kept to the people it is priviledged to.

While I am not inviting anyone to trust our government blindly, I do invite you to assess the results of Edward Snowden’s actions. Has anything changed? No. It won’t because in the name of national security our government will go to whatever measures it deems necessary and they still will not tell us about it. When Raj Rajaratnam was wire tapped and consequently convicted in the nation’s largest insider trading case, no one was concerned with the breach of privacy. The government will run with this to support this “necessary evil”.  They will say that in leadership, one is often forced to pick the lesser of two evils rather than no evil at all. And that the ordinary citizen cannot understand this moral dilemma. After being in several leadership positions myself, I can’t wholeheartedly disagree.

I’ll tell you what Snowden did do. He shed some light on the fact that Obama is no different than Bush. He shed some light on the fact that we need to stop electing presidents based on our ideas of societal advancement. Sure we have our first black president but really what “Change” has he accomplished? Which of his promises has he kept? Are we any closer to peace in the Middle East? What about the fact that Obama won his reelection with the highest unemployment rate since FDR. But anyways this isn’t about Obama.

I’m simply appalled at this nation’s habit of sensationalizing every fool who seemingly acts in the name of ordinary American citizens. So what if the NSA is building the ultimate surveillance machine? Said machine can only do so much. Let them collect all this data; you still need humans to process and act on this information. Most of this information will be ignored. I mean who cares that you bought a dildo on Ebay? Snowden is no hero. He’s a short sighted fool who no one will remember 10 years from now because all he caused was disturbance. His actions will not bring about change; becoming informed and electing the right people into office will.

And while I don’t agree with the extent of information being collected, I can’t help but think that some of the recent tragedies/mass shootings that have put this nation in mourning could have been prevented if the government had been spying on these “ordinary” Americans. Perhaps it is a necessary evil after all. Our concern should not be that the government is spying on us, but that this nation has so much to hide.